As an organization, Starnet focuses on creating strong partnerships between the Starnet members and the network of Preferred Vendor Partners who work with them year after year. These partnerships are designed to drive business and they are important both on the national and local level.

It’s a business of people doing business with people and, despite the consolidation across the manufacturers, distributors and contractors, personal connections remain an important factor in business decisions. The best business partnerships are built on trust and a commitment to a shared goal. Once these partnerships are developed, they generate results year after year.

In 2015, Starnet announced a new competition to honor outstanding partnerships at the local market level. This competition, the Starnet Dream Team Celebration, was the brain child of Rob Hailey, President of Howard’s Rug in San Diego, CA.“Starnet gives my team an opportunity to forge relationships with our Preferred Vendor Partners, primarily at the senior management level,” states Rob. “The Starnet Dream Team competition gives us the privilege of celebrating the teams of people at the market level who write the business and who drive projects.”

The competition was launched in November 2015 to both the Starnet members and the Preferred Vendor network. The details of the competition were simple: In order to enter, a team consisting of a Starnet Sales Person or Project Manager AND the local market representative of a Preferred Vendor must work together to nominate their business partnership. The information included in the nomination was when and how the partnership began, what obstacles they have faced on challenging projects and examples of successful projects which drove the business for both organizations. The most successful entries included strong shared values possessed by the winning teams: strategic planning, trust, mutual respect, strong product knowledge and clear communication skills. In all cases, the winning teams had a deep commitment to the end user and a professional approach to the business. Together, they solved problems and exceeded customer expectations.

In the first year of the Starnet Dream Team competition, the planning team didn’t know what response to expect. The goal was to award three deserving teams with the Starnet Dream Team trophy and the hope was that the competition would be strong and diverse. In addition, the hope was to share the best practices utilized by these teams during a panel discussion at a future Starnet Membership Meeting.

The planning team was not disappointed! A total of 64 entries were submitted from a wide range of members and vendors, giving the judges an enormous challenge of evaluating the strengths of each nomination. Fortunately, the judges were up for the challenge! The judging team included:

After extensive deliberation, the judges selected three winning teams. Also, as a result of the high overall quality of the entries, they named an additional two teams as Honorable Mention winners.

“The quality of the nominations was impressive,” added Cheryl Acierno. “The judges reviewed each entry independently and then came together to make the final selections. I was amazed not only at how closely we ranked the teams initially, but also the vigorous debate we experienced at the end!” 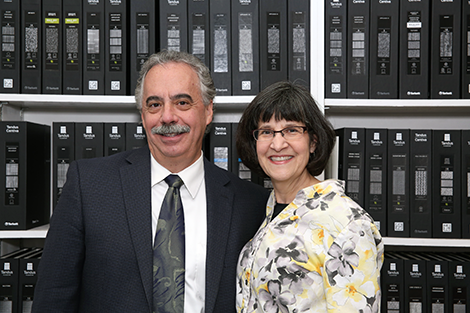 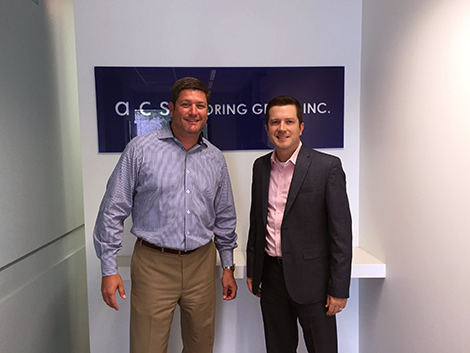 A Winning Approach to the Business

In reviewing their nominations, it is clear that all of the winning teams in the Starnet Dream Team competition exhibit similar characteristics in including:

Mutual Commitment to the Team: The teams started with a stated commitment to work together and consistently support each other. This commitment was conscious and purposeful.

Strategic Planning: In all cases, the teams kicked off their partnership with a series of strategic planning sessions during which they reviewed the segments within their market and identified which segments held the highest potential. Some teams focused on only one, highly profitable segment while others established a plan of attack and “double teamed” the end users to secure the work. Once successful, they applied their winning plan to new opportunities.

Communications: All teams established a clear communication strategy, typically including regular (weekly) meetings and frequent “checking in” to measure progress. The communication was both written and by phone.

Training and Product Knowledge: It was important to strengthen product and operational knowledge for both sides of the team and a conscious effort was made to train all members of the team. In particular, product knowledge was critical and the manufacturers conducted “lunch & learn” sessions with the Starnet member’s team to elevate their skills in this area.

A Broader Support Team: Of course, in all cases, a team of co-workers both from the Starnet member and the Preferred Vendor worked to support the Dream Team. This support came from Senior Management as well as specialists in all areas of a commercial flooring project: estimating, purchasing, accounting and operations.

Of course, the value of any competition is expanded when the winners share their best practices! During the Starnet 2016 Annual Meeting held April 14-17 at the Trump National Doral Resort in Miami, Florida, the six Dream Team winners participated in a panel discussion moderated by Rob Hailey. The teams reviewed the formation of their partnerships, the factors which have helped the team succeed and the strong bond they have created. Highly functioning teams operate seamlessly together and it was clear, watching them interact during the discussion, that they have built a strong connection of trust and respect.

The Starnet Dream Team competition was successful in celebrating the important value of strong working relationships and the very positive impact of highly functioning teams. Clearly, by the response of the Starnet members and Preferred Vendor Partners, celebrating these teams was a welcome event and one which will be repeated in the years to come.